ARTICLE: Are London technology marketing jobs more accessible thanks to the rise of flexible working?﻿

Home » ARTICLE: Are London technology marketing jobs more accessible thanks to the rise of flexible working?﻿

DEBATE: Are London technology marketing jobs more accessible thanks to the rise of flexible working?

Whether we like it or not, marketing is traditionally a Head Office function and in tech this has invariably meant being based in Central London.

A recent BBC article in late 2018 backs this up, with a third of all jobs created since 2008 arising in the capital:

All of this has made life worse for London workers over the last decade for dwellers and commuters, with high property rental and sale prices, long days and commutes, and just for good measure: expensive travel costs not covered by marginally higher salaries.

So much so that over the last few years there’s been a slow but steady growth of people who felt that enough was enough, moving their career and families out of city and even the South East in search of a better work life balance.

But thanks to the rise of flexible working, is the tide now coming back in?

At Marketing Moves we monitor all the locations of every role we work and every candidate we register, and we’ve seen first hand since 2008 the increased flow of people and jobs out of the capital, to a whole host of cities and regions such as the ones listed above.

But over the last 18 months or so the majority of the roles we’ve worked are back in London – and the reason candidates are happy once again to don the war paint and fight the tube is more often than not one thing: flexible working.

For some, it means only having to show their train and tube-ravished face two or three times a week, and the rest of the time work from home. Advances in technology also mean that it’s now easier than every to Skype into meetings, or use traditionally B2C technology such as Whatsapp, Facetime or even Facebook to ‘dial in’ to meetings.

With the UK investing eye-watering amounts in infrastructure projects like HS2 and CrossRail, yet not in a network that joins the northern cities together from Liverpool to Hull via Manchester, Leeds and Sheffield, it makes you wonder whether this will turn out to be money well spent. 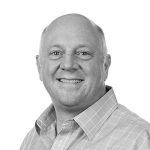 Contact
To discuss in confidence how Melvin and Marketing Moves can support your organisation’s growth, please contact Melvin by any of the means below: