Marketing in a recession: The best performing tech companies of the next five years have already increased their marketing budgets.

Home » Marketing in a recession: The best performing tech companies of the next five years have already increased their marketing budgets.

“Stopping advertising to save money is like stopping your watch to save time.”
Henry Ford

Companies which increase marketing in a recession are proven to do better than their competitors in the long run. This article explains why.

Companies which are marketing in a recession – of all shapes, sizes and sectors – often have to make the difficult decisions about where, when and why to cut costs.

Very often, marketing is the first head on the block. The theory being that if there are no customers to market to, you don’t need marketers.

We’ve seen it first-hand here at Marketing Moves. Companies pausing recruitment until lockdown is over and we are starting to now see the green shoots of recovery. We are receiving more enquiries being made by forward-thinking businesses who want to get a hard start on their competitors.

In my last article I talked about the great talent that became available in the last two months.  Talent that is hardly ever available because their companies truly know, acknowledge and value their work. And give them no reason to ever leave yet every reason to stay. Until c19 hit.

This time round we’re discussing the folly of companies which reduce marketing during a recession in order to save money.

Why do companies that invest in marketing during a recession do better in the long term?

Interestingly, the evidence across 100 years suggests that those companies which don’t reduce, but instead increase their marketing budgets during recessions, actually receive proportionally higher sales than those which lower spend or don’t spend any at all.

If you think about it, it’s obvious. At a time when other companies reduce advertising activity, those that increase it have an exponentially larger audience to market to.

For example, take ten companies advertise equally to the same audience. If nine halve their budget whilst one doubles it, nine companies’ audience share each decreases from 10/100 to 5/65. So 10% becomes 7.7%. They might even figure this is a result as a 50% reduction in budget equates to just a 23% drop in share.

The company that doubles however sees its share increase from 10/100 to 20/65, so 10% becomes 30.8%. So a two time increase results in three times market share and four times its nearest rival. And we’ve not even begun to factor in lower ad costs caused by less demand.

Clearly, if no one is buying then it doesn’t matter. But in my opinion people in a recession, particularly this one, aren’t closed – they’re just dormant. And dormant customers make purchasing decisions long before they make the actual transaction. Just as we all spend days if not weeks researching any major purchase. So the companies that continued talking to them in the period when they couldn’t purchase are the ones they reach out to first when they can.

But don’t take my word for it, listen to legendary marketer Roland Vaile.

Written for his Masters, it tracked the performance of 250 major US companies from the post-war recession years up to 1923 into the boom years that followed.

He assigned each company to one of three categories:

Businesses which lowered their ad budget saw their sales decline both during the recession and then for the following three years. Startlingly, these companies performed worse than those which did not advertise at all.

Specifically, Vaile found that companies who continued to advertise came out 20% ahead of where they were pre-recession. Those who reduced advertising ended up 7% below their pre-recession levels.

“I decided not to participate in recessions.”
Sam Walton, Founder, Wal-Mart

Marketing from the Great Depression of the 1930s to the 1960s 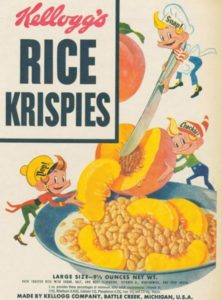 In the 1920’s, Post was the category leader in the ready-to-eat cereal category. During the Great Depression, Post cut back significantly its advertising budget and rival Kellogg’s doubled its advertising spend, investing heavily in radio and introducing a new cereal called Rice Krispies, featuring “Snap,” “Crackle” and “Pop.” Kellogg’s profits grew by 30% and the company became the category leader, a position it has maintained for decades.

Another example is 10 years later in the 1930s. Proctor & Gamble (heard of them?) continued to invest in advertising during the Great Depression, turning Oxydol into a household name. They did this in between light-hearted drama stories aimed at women which is how we get the phrase ‘soap opera’. So whilst others survived, P&G thrived. 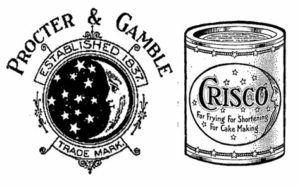 Buchen Advertising tracked advertising budget vs. sales trends for the recessions of 1949, 1954, 1958 and 1961. They found that sales and profits dropped at companies that cut back on advertising. After the recession ended, those same companies lagged behind the ones that maintained their ad budgets.

Recession Marketing in the 1970s

An American Business Press study in the 1970s showed that companies who advertise and market aggressively can maintain and increase sales during a recession and in the following years. But it looks like statisticians probably took a decade off thanks to a) no recession and b) the introduction of Lysergic acid diethylamide.

However, the 17-month recession of 1973-75 was triggered by the energy crisis. In late 1973, the U.S. government issued its first miles-per-gallon report in which Toyota Corolla was second to Honda Civic in fuel efficiency. Since Toyota was experiencing strong sales, when the economic downturn hit, the temptation was to drop their ad budget, which they resisted. By adhering to its long-term strategy, Toyota surpassed Volkswagen as the top imported carmaker in the U.S. by 1976.

Half a century after that, we have the McGraw-Hill study of brands during the U.S. recessions of the early 1980s. Of the 600 businesses they analysed, those who continued to advertise during the 1980-82 recession were 256% ahead of their competitors who didn’t advertise.

In the 1990-91 recession, Pizza Hut and Taco Bell took advantage of McDonald’s decision to drop its advertising and promotion budget. As a result, Pizza Hut increased sales by 61%, Taco Bell sales grew by 40% and McDonald’s sales declined by 28%.

In the 1990s, a MarketSense study concluded the best strategy for coping with a recession is balanced long-term branding with promotion for short term sales. The study shows brands like Jif and Kraft Salad Dressing experienced sales growth of 57% and 70% respectively after increasing their advertising during the recession.

In its 2002 study, “Learning to love recessions,”  studied nearly 1,000 U.S. companies over an 18-year period (1982 to 1999), including the U.S. recession of 1990 to 1991. The study found that while most companies tightened their belts, the winners traded “lower short-term profitability for long-term gain, refocused rather than cut spending.”

By 2008, we come full circle – going back to my GCSE maths tutorial at the start! A study from the Institute for Practitioners in Advertising reports:

It is better to maintain SOV (share of voice) at or above SOM (share of market) during a downturn: the longer-term improvement in profitability is likely to greatly outweigh the short-term reduction.

In essence, advertisers who pull back on their advertising, prioritising short-term savings over long term value, make it easier for other marketers to maintain or even increase their share of voice during the same time period. And they may even be able to do that while still seeing some financial savings. Because less competition in the market means they don’t need to buy as much to maintain their SOV.

Those that lose SOV then have to make up later. It’s always harder and more expensive to build than it is to maintain, so they’ll end up spending more in the long run. Which will only compound the original short-term financial hit.

Amazon sales grew by 28% in 2009 during the “great recession.” The tech company continued to innovate with new products during the slumping economy, most notably with new Kindle products which helped to grow market share. In a first, on Christmas Day 2009, Amazon customers bought more e-books than printed books. As a result, in the minds of consumers, Amazon became an innovative company by introducing a lower cost alternative to cash-strapped consumers.

Again in 2009, after a number of troubling years and diminishing sales, Domino’s publicly acknowledged customer feedback and announced it would change—and improve—its signature recipe. Since then, Domino’s has reinvented its name and place in the market—not only drastically raising the price of its stock but also growing to become the largest pizza chain in the world.

Launching in November 2008, Groupon quickly became a platform for dozens of companies to reach consumers with easily accessed promotions and deals. Successfully filling a white space for both consumer and business needs, Groupon effectively created a new category by seizing on a cultural and economic flashpoint, which resulted in one of the largest public offerings at the time.

Finally, a 2019 study by Bain & Company of nearly 3,900 companies worldwide during the last recession found that winners diverged from losers, with winners growing at a 17% compound annual growth rate during the downturn, compared to 0% among the losers. 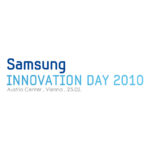 Among other tactics, the winners were successful by reinvesting selectively for commercial growth — including maintaining marketing while competitors cut back. As an example, the report cites Samsung, which maintained marketing investment and focused on rebranding itself as an innovative company. At the beginning of the downturn Samsung ranked No. 21 in brand value among Interbrand’s global list, and in May 2019 the company ranked No. 6.

So there we have it. Phew!

I’ll end this article with a quote from Mark Ritson, who needs no introduction:

“Confronted with a 50% cut in marketing budgets, the smarter play is to actually focus more of it on the longer-term brand-building mission. Performance marketing is going to under-perform in the current market conditions. But this virus, too, shall pass. At some point consumers will return to the streets, the cafes and the various other activities that they have been denied during the dark days ahead. Keep the brand light burning, because the cost of snuffing it out for the rest of 2020 and then trying to reignite it next year is gigantic.”

As always, if Marketing Moves can help your organisation in any way, please do not hesitate to contact me.

To discuss in confidence how Marketing Moves can support your organisation’s growth, please contact Melvin by any of the means below.

Great article Mel! Alas it is quite American in the case studies, which can often irritate the backs of some on this side of the pond… but the logic is sound no matter where you are…

Thanks Simon. Looked for some UK based research – articles i did find referenced back to the US. An opportunity there i guess!